Its about the history of the company that made the INCA woodworking machines.

The article was written by "Dr Felix Ackermann" and it was published in the magazine "Argovia: annual publication of the Historical Society of Canton Aargau"

Its in German. With the help of Google translate and a bit of guesswork, I summarised the most interesting parts as best as I could. Any errors are mine.


Injecta AG, Teufental" (1921–2011) was a aluminium and zinc die casting company based in Teufenthal, Swizerland. They also did zinc electroplating, brass parts, and plastic molding. Their slogan was "Diecast and more". They became known for the high quality products which where exported around the world. The company at its peak had almost a thousand skilled employees.

In 1905 Herman Doehler invented die-casting (in New York, USA), and it started a whole new industry. The Swiss company "Karrer Weber & Co" sent Ferdinand Wuffli to the "Doehler Die-Casting Company" to learn their process. When he came home to Switzerland after 8 months he got to lead the newly founded Injecta company (1920), as the sales and technical director, until his death in 1960.

From 1930 to 1970 Walter Helbling was the key figure responsible for the industrial design of Injecta's INCA products. As a young man had wanted a creative and artistic education. But due to pressure from his parents he instead did an apprenticeship as a technical draftsman and afterwards studied to become a mechanical engineer. At Injecta he was free to come up with new INCA products designs, and was a regular at the patent office.

A generation shift happened in the 1950s when many influential people retired.

After Walter Helbling retired, an external industrial designer named Felix Fedier Baden took over deign of INCA products. He helped develop larger woodworking machines  aimed at the professional market. These new machines where not as big a success as the old hobby machines, as there was already a lot of competition in the professional sector. The Hobby market, was also becoming more competitive with cheaper options from competitors in the field.

In 1978 production of INCA woodworking machines moved to France.

When the company celebrated its 50 year anniversary (back in 1971) it also marked the end of its heyday. Increasingly, directors and management where replaced by people from the financial sector. Loyal investors with close ties to industry where replaced by investors looking for short term profits. The company suffered and struggled with low margins and high costs. After many restructures and management changes Injecta finally went bankrupt in 2011.

The nearby museum of Aargau was invited to take the items it wanted for its portfolio when the Injecta Teufental factory closed down. A small but representative collection of items about "ten pallets" worth is conserved by the museum. 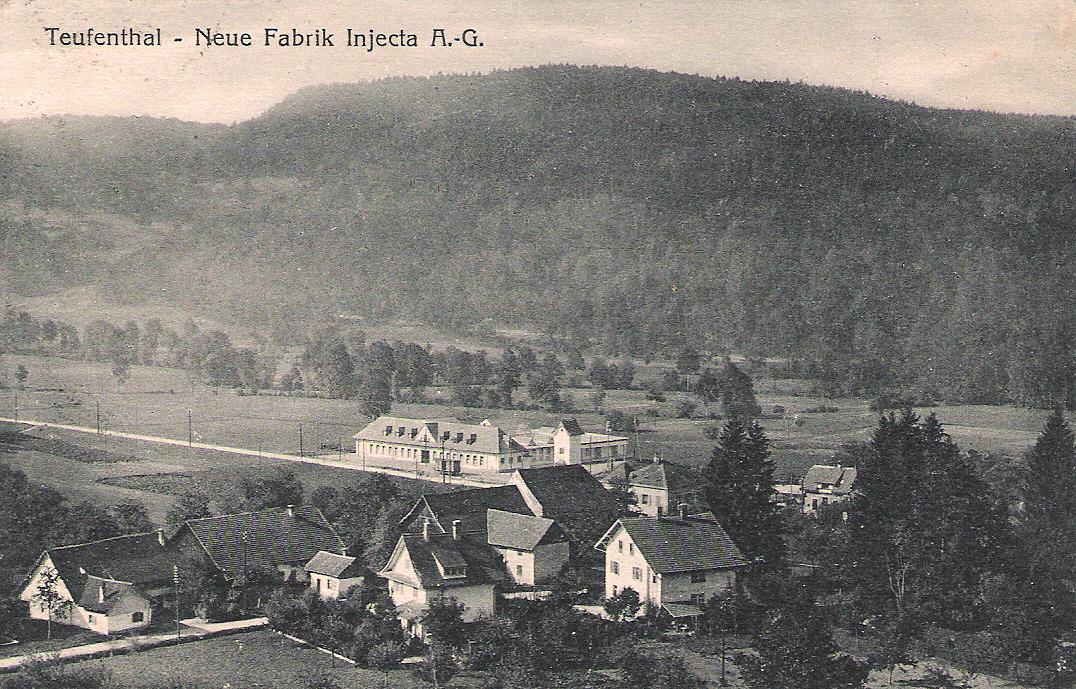 Edit: I emailed the author "Dr Felix Ackermann". He was nice enough to send me some old Injecta and INCA catalogues and documents. I added them to the [catalogues] section of this blog.

Where do I go to sell my INCA machine?

This site is mostly just an unofficial and incomplete collection of INCA manuals. I do not buy or sell INCA machines.


If you are looking to sell your INCA machine to someone who appreciates it. Go to the incawoodworking group. Its got 1600+ INCA users/owners. They'll give you a fair price. You have to register to view or post messages there, but its worth it.

Alternatively, put your INCA machine up for sale on ebay. Then post a link to it on the incawoodworking group, so the people there have a chance to bid on it. Don't forget to mention your location.

The group has moved here:

There was a small poll on the inca woodworking forum about "the polite and proper way to post a sales offer". Most preferred "Craigslist-Style" over "eBay-style". As in:
"State the desired sale price and sell to the first responder who agrees to said price."

Inca as a company is still alive, although its now owned by Multico in France.

The people over at Inca Machines are relaunching their website. Its looking quite good. They even have an online store now, for official Inca band saw blades.

They kindly asked me to add a link to their site. Here is part of that message:


We've recently re-launched our website and are trying very hard to get the word out that we're still in business and providing spare parts, blades etc.

We're hoping to slowly build it up to allow for spare parts, manuals etc.

PS. Do you have a link to INCA related information? I'd like to add it here.


"The INCA Woodworking Machinery Handbook: With Useful Tips and Jigs for Everyone"
by Mark Duginske for INCA Maschinen und Apparate AG - 1984 - 156 pages.

There is another book called "Precision Machinery Techniques". Its the same book only with a different title and cover.

Edit: The copyright for the book was owned by the company "INCA Maschinen und Apparate AG, Teufenthal/Switzerland". This company doesn't exists anymore, as it went bankrupt. If the copyright is still in effect, by having been transferred to some other entity, please let me know and I'll remove this link.
Posted by IncaGoof at 1:15 PM 1 comment:

Catalogues and Adverts for INCA (INJECTA)

The evolution of the INCA woodworking machines

Old INCA catalogues (adverts, price lists, etc) are useful in order to learn what different machines and models exist, and in which order they where developed. Many of these catalogues are not dated which makes inferring the order more difficult. The first INCA woodworking machine was the "Universal" table saw. It dates back to 1931. The first INCA catalogue also includes the "Standard Jointer-Planer". Later catalogues include a few different models as well as new machines like band-saws and sharpers.


PS. Do you have any INCA catalogues? Please consider scanning them, to help fill in the gaps in this puzzle.
Posted by IncaGoof at 5:15 PM 3 comments:

[This post] on the incawoodworking yahoo forum was the original source for this list. I have since updated the list with with info found in INCA manuals and catalogues.


How to make sense of the model numbers

There are (at-least) 3 model numbering systems for the INCA machines.

For example the "'Standard' Jointer/Planer" can be referred to by any of these model numbers:
The official INCA numbering system (xxx.xxx.xx) has three parts:
PS. If you see errors or have additional information let me know. If you have a manual that is missing from this list, please consider scanning it.
Posted by IncaGoof at 3:11 PM 2 comments:

This page was moved [click here]
Posted by IncaGoof at 2:06 AM 13 comments: